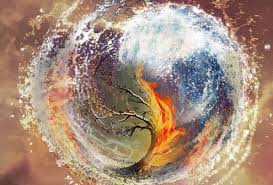 NOW I’M REALLY BEGINNING TO WONDER? COULD IT BE POSSIBLE?
As a Christian I am totally on the edge of my seat if the book I am reading, “Divergent”, possibly has a Christian message to it? I checked back in my earlier articles and found that I first mentioned how odd it was that the Abnigation faction reminded me of some religious groups I have known. That was on April 15, the article called “Choosing You”. Something about the way the Abnigation group was described reminded me so much od certain Christian values, but knowing nothing of this author, and with Hollywood making such a big production of this book, I pretty much dismissed such a possibility.
Then in May 1st article I began to realize that the Erudite were planning to overthrow the Abnigation group, and again I considered the possibility of a Christian message? Abnigation becomes the target of their hate because of their selfless moral values? They are too rigid and frugal. They should not be allowed to govern. So again I was considering where this plot might be going, but still considered any Christian message to be very unlikely.
Now I realize many of you reading these articles may already know what happens, but I do not! Please put yourself in my shoes for a moment and realize how it sounds to me when I got to a paragraph describing the Abnigation as “God-fearing nobodies”! It’s in chapter 34, and on page 429 in my book. The question is asked, “Why are most of the Divergent weak-willed, God-fearing nobodies from Abnigation, of all factions?”
Weak-willed and God-fearing? This is the first time the description of “God-fearing” has been used to describe Abnigation. 429 pages into the story and words adding fire to my suspicion is suddenly used! Now I’m really wondering about the possibilities? On the same page it is further said, “We are tired of being dominated by a bunch of self-righteous idiots who reject wealth and advancement,…”
Self-righteous idiots? Okay, if you already know the answer to all this, I’m sorry for boring you, but, as I said before, I am giving the perspective of a Christian reading the book for the first time and have not seen the movie. So yes, I am very curious about this, and much enjoying the possibilities.
Of course I am always hoping Hollywood, or some famous writer will give Christianity a powerful and positive role up on the big screen, and not just because it is a religious movie. As I have said before, as a Christian I thought the latest movie of “Noah” was crap, and the movie, “God’s Not Dead” was excellent. Just my opinion, of course.
So here I am, still enjoying this story called, Divergent. I will soon be out of pages to read and able to go see the movie. Will my questions be answered as to whether there is a Christian message to this movie? I do hope so, because the suspense is painful, but also fun! That’s it for now! The end is coming soon!
P.S. > I just found the sentence on page 438 where Trise says, “My mother submerged me in water when I was a baby, to give me to God. It has been a long time since I thought about God, but I think about him now.” (Wow, the mystery continues! For me at least. I’m having fun!)
Categories: Uncategorized | Tags: Christian Persecution, Divergent, Faith, God, Hollywood, Movies, Spiritual | Leave a comment

“Lessons in the Wilderness” #1

I sincerely believe that the wilderness journey of the Children of Israel is one of God’s greatest teachings on walking in the supernatural. This is what samurai sheep is all about, because, as a sheep, we wouldn’t last 5 seconds on this spiritual battlefield if we didn’t have something going for us. God says we are weak sheep!

So how do we overpower the mighty kingdom of Egypt, walk through parted waters, defeat Pharoah’s best army, survive a wilderness, cross Jordan River, cause the walls of Jericho to fall, and possess a land flowing with milk and honey? All this done by a bunch of helpless sheep? The world laughs at us but then has to take a second look when we seem to defy all odds!

The key is understanding God, and he lives in the supernatural.

God’s flock understands that the ARM OF FLESH fails!

Therefore, as weak sheep, we have learned to tap into a greater power.

The lady who wrote the Harry Potter stories became quite wealthy off of man’s desire to have supernatural power. Hollywood also made a great deal of money on that same character. What is it about this Harry Potter fantasy that draws people like a moth to a flame? God’s word tells us there are two forces in the supernatural, one is evil, and one is good. One is darkness, and one is light. One is satan, and one is God. Pharoah’s magicians threw down their rods and they became snakes, but God’s snake ate theirs for lunch!

If you are a child of God you have entered the supernatural whether you realize it or not, and you are selling yourself short if you do not make an effort to learn all you can about it. The world flocks to Harry Potter! If only they would see that greater things by far, are available to all those willing to enter the doorway of the bloody cross of Christ!

In the last article we learned that God was teaching them about coming to the END OF SELF. You see, God’s supernatural involves a cross for you to bear also, and your blood will be on that cross. Does Harry Potter have such a cross? Neither does he have any real power. But  here are a couple reminder portions of scripture pertaining to last week:

“He did all this so you would never say to yourself, I have achieved this wealth with my own strength and energy.” (Deut. 8:17 NLT)

Paul said: “In fact, we expected to die. But as a result, we stopped relying on ourselves and learned to rely only on God, who raises the dead.” (I Cor. 1:9 NLT) (See last week for complete readings.)

I believe the subconscious of man has knowledge that is deeply ingrained and has a tendency to “leak out” in ways we do not notice. For instance, have you noticed that most Hollywood movies having anything to do with a sorcerer, shows them delving into ancient books of secret knowledge in order to learn things that are not subject to natural laws or sciences?

Here again I emphasize, in the wilderness the way up is down, and down is up, and what do you mean I cannot walk by sight? We should not ask ourselves if the laws of the supernatural make sense to us, because it is likely they will not, and if they did, they probably would not be very supernatural! We simply need to learn how to master them, or more accurately I should say, learn how to let them master us! The way up is down. Submission comes before the ability to resist!

God says the supernatural is tapped into by coming to the END OF SELF.

God’s word explains that the END OF SELF is only accomplished through the power of the Holy Spirit in us. (But let us move on from last week’s article.)

REMEMBER, the whole wilderness journey was a lesson in staying under the cloud, and with the pillar of fire! Do you think God was trying to teach them something? I mean, is there anything that stands out any more vividly in that journey? Day in and day out, they moved with the cloud. Night in and night out, they stayed with the pillar of fire. They lived in tents so they could move quickly, even as God moved. They would not put down roots, nor build houses of luxury until they possessed their land of blessings. When God moved, they moved. If God did not move, they did not move. They had to first learn how to stay with God, i.e. in His presence.

Okay, sheep do not have a lot going for them, but here is one thing they do have, and it is powerful in the realm of the supernatural! Finally! Something good about being a sheep! They can learn the sound of their shepherd’s voice! It has also been proven that with enough time, they can also learn facial recognition, and even learn to recognize facial expressions! What an incredible symbolic picture God has given us in the sheep! How smart do you have to be with gifts like that?

>So what does the wilderness teach us if we want to be Samurai for Christ?<

1.) Mortify the deeds of the flesh, the pride, lust, greed, etc., by the power of the Holy Spirit, we come more and more to the END OF SELF, and more and more into a PRESENCE OF HIM.

2.) In His presence is a powerful force called the Anointing.

This is the obvious lesson of the wilderness journey, and will likely require a wilderness crossing of our own in order to achieve it. So what are we made of? Do we have the mettle, the spiritual gumption to take on such a quest? God is willing and able anytime we are. Because we live in a world that flocks to the fantasy of a Harry Potter, how much greater there is a need for a people who do know their God, and because of that, they are strong and do exploits! Not because they are strong in themselves, but because they do know their God! Moses may have gotten credit for parting the waters, but he didn’t really do it! He got to be the one God flowed through. God is waiting in His “School of the Wilderness” to teach us, and in our graduation there will be a land of blessing waiting for us to possess. Amen!

We live in a material world, and we spend our life learning physical skills that enable us to excel in the pursuit of all the good things life has to offer. What if a Spirit Being created a spiritual world in which all the good things are not material, and the path to those things are not physical at all? Could there be a powerful supernatural way of living in which all things orbit around God, and not our self, a way as different as the life of an eagle to that of a sparrow? And if so, how does it work? Don Allen is a teacher/writer who loves to weave spiritual truth into his fictional stories. He believes stories are the greatest teachers. Feel free to hit your printer button, copy stories off for ease of reading, and pass them around! Hope you enjoy.